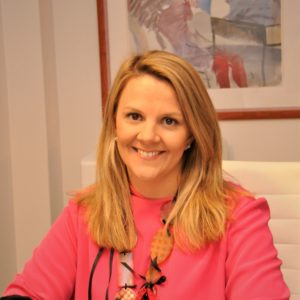 Theoni Tarlatzi graduated (MD) from the Medical School of Aristotle University of Thessaloniki (AUTH), Greece and completed her Residency training in Obstetrics and Gynecology at the Université Libre de Bruxelles (ULB), Brussels, Belgium. She received a Complementary Master (MSc) in Obstetrics and Gynecology from the Université Libre de Bruxelles (ULB), Brussels, Belgium and Postgraduate University Diplomas in: 1) “Reproductive Endocrinology” from the Université Pierre et Marie-Curie, Paris, France, 2) “Gynecological and Obstetrical Ultrasound” from the Université Libre de Bruxelles and the Université Catholique de Louvain, Belgium, and 3) “Reproductive Medicine and Biology” from the Université Libre de Bruxelles and Université de Liege, Belgium. She completed her Fellowship in Reproductive Medicine at the Fertility Clinic of the Erasme Hospital, ULB, Brussels, Belgium and her training in the Hysterosonography (SIS) and Hysterosalpingo-Foam Sonography (HyFoSy) in the same center. She is a Member of Greek and International scientific societies. She has participated in numerous scientific congresses with presentations or as moderator and she has publications in national and international journals.
• University Clinical Doctor, Obstetrician – Gynecologist, Subspecialist in Reproductive Medicine and Assisted Reproduction, in the Fertility Clinic of Erasme Hospital, ULB, Belgium.
• Scientific Director at BIOGENESIS Medically Assisted Reproduction Unit, Thessaloniki, Greece.
• Currently, Deputy Scientific Director in the Medically Assisted Reproduction Unit FIVI of the Interbalkan Medical Center of Thessaloniki, Greece and Scientific Associate of the 1st Department of Obstetrics and Gynecology, AUTH, Papageorgiou General Hospital, Thessaloniki, Greece.