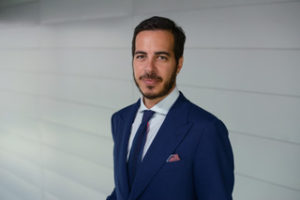 George Lainas is a Reproductive Gynecologist at Eugonia IVF Unit, Athens, Greece and an honorary clinical fellow at Barts and the London NHS Trust, London, UK.
Performed his undergraduate studies at the University of Insubria, Varese, Italy and at the University of Athens, Greece from where he obtained his Medical Degree.
He trained in Obstetrics and Gynecology at Kings College University Hospital, at St Bartholomew’s University Hospital and at Royal London University Hospital in London, UK. He obtained his subspecialty in Reproductive Medicine at St Bartholomew’s Hospital, Unit of Reproductive Medicine, London UK.
His PhD thesis is on GnRH agonist for triggering final oocyte maturation, from the Aristotle University of Thessaloniki.
Research interests mainly include optimization of ovarian stimulation protocols and in vitro fertilization outcome, mild stimulation protocols, poor ovarian response, ovarian hyperstimulation syndrome and evidence-based medicine in reproductive health care.
Has authored and co-authored several scientific papers published in peer-reviewed scientific journals as well as being regularly, an invited speaker in international meetings.
He has served as the Senior (2017-2019) and Junior deputy (2015-2017) of the Special Interest Group Reproductive Endocrinology (SIG RE), of the European Society of Human Reproduction and Embryology (ESHRE)
Currently he is the Coordinator of the ESHRE Reproductive Endocrinology Special Interest Group (SIG) as of 2019.
George Lainas has served as a member of the expert committee of the Guideline Development Group on ‘’Ovarian Stimulation in ART” of ESHRE. Furthermore, he is a member of the ESHRE working group for the development of Key Performance Indicators (KPI’s) for clinical practice in IVF and of the working group for the development of recommendations on Recurrent Implantation Failure (RIF).